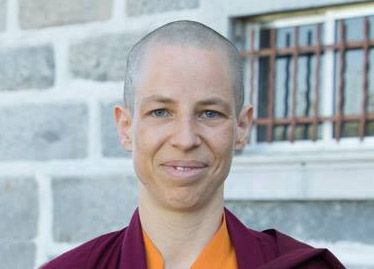 Since 2010, Ven. Ani Wangmo has been studying and practising Buddhism under the guidance of Kenting Tai Situpa Rinpoche, who she received her monastic vows from in 2006.  Between 2006 and 2010 she completed the traditional three-year retreat at the Bodhicharya Meditation Centre in Sikkim, India, under the guidance of Ringu Tulku Rinpoche.  After completing the retreat, Tai Situ Rinpoche appointed her as the resident Lama of Palpung Ješa Čöling in Slovenia, which also has a group in Padua, Italy.