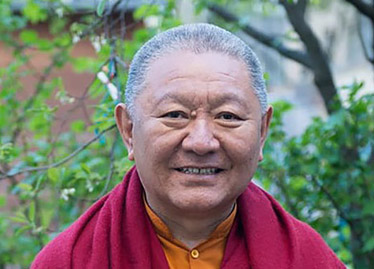 Ven. Ringu Tulku Rinpoche is a translator to both H.H. the Dalai Lama and H.H. the Gyalwang Karmapa, and is a Professor in Tibetology. Since 1990, Rinpoche has been traveling and teaching Buddhism and meditation at more than 50 Universities and Buddhist Centres throughout the world including in the U.S., Canada, Australia and Asia. Ven. Ringu Tulku Rinpoche is also an author and the Founder of the non-profit Bodhicharya International (www.bodhicharya.org). He is also an Honorary Advisor for CALM, U.K. and a Patron of Bodhicharya Sri Lanka, with a focus on mindfulness-based educational programmes and mindfulness-based community living projects.